Thanks to its location Krakow is perfectly connected with big cities in Poland, Europe, and worldwide:

International airport in Krakow (10 km from the city)

Krakow’s John Paul II International Airport of Balice is situated conveniently on the outskirts of the city, just 15 km (about ten miles) from its center, by the A4 expressway to Silesia province (Śląsk) en route to Germany. One can easily get there by a shuttle train, car (the multilevel car park accommodates 1243 vehicles), taxi, or municipal bus lines.

International airport in Katowice (60 km from the city)

Most people arrive to Krakow and leave it by car or coach thanks to the city’s abundant road connections. And no other major city in Poland can boast better accessibility from abroad. Kraków lies at one of key European crossroads, on route from the West via Germany to the East via Ukraine and from Scandinavia to the Mediterranean via Austria. The city’s main road connections include the A4 expressway to Germany, the no. 7 highway northwards to the Baltic Sea and south to the Mediterranean via Slovakia and Austria, the no. 4 highway to Ukraine, and the no. 52 highway to the Czech Republic.
There are many permanent coach lines between Kraków and Western as well as Central Europe. Within Poland bus companies compete fiercely on the most popular routes. And in the Krakow region minibus services have become the chief means of commuting apart from car.

Krakow is one of Poland’s main railroad junctions. Five trunk lines connect the city with the world. Its central Krakow Główny station is situated most conveniently in the very city center, close to the Old Town historic district. Every day there arrive expresses from Germany’s Berlin, Austria’s Vienna, the Czech Republic’s Prague, and Hungary’s Budapest.
Expresses run also to all major cities in Poland. Notably, most convenient is the shuttle express service to and from capital Warsaw where the 300-km trip takes 2h28 (Pendolino trains), no stops in between. At the same time there are abundant local rail connections.

Varied Means of Transportation in Krakow

With most landmarks within easy walking distance from one another, the best way to enjoy old Krakow is on foot. The more so that the bulk of the city’s historic area has been turned into a pedestrian precinct. Although you can also roam the Old Town and Kazimierzhistoric districts driven in a horse cab, an electric cart with a taped guide, or a bicycle rickshaw. One may also take a tour of Krakow in a double-decker bus.

Getting around in Krakow is pretty easy. There is no subway in Krakow, nonetheless that nearly million city has a fairly dense public transport system which consists of tramways and bus lines that mostly a municipal company operates and a number of private-owned minibus fleets. And some suburbanites commute by local trains.

Taxicabs are plentiful and relatively inexpensive in Krakow. And you can dial roughly fifteen different taxi telephone centers, each with its own fleet. Do not expect an English speaker on the other end of the phone line but a cab will arrive in few minutes to your address if you manage to give one. 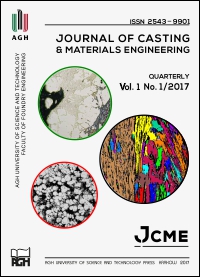